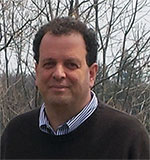 University of Pennsylvania, Philadelphia, PA – M.S.Ed., Dual Degree Program in Psychology and Education. 1979.
— Focus: Applied Human Learning and Development including developmental and abnormal psychology with an emphasis on working with special needs populations in the education system.
— Research: cross-cultural studies on memory and priming.
— Research: artificial intelligence and computer models of learning.

Irving Schwartz Child Psychiatric Institute  – September 1979 to December 1979.
— Student Internship.
— Worked in both the therapeutic nursery and classroom with children who were either emotionally disturbed or who had learning disabilities.

Center for The Blind  – September 1974 – May 1976.
— Therapeutic Recreation Specialist, Part-time.
— Developed and conducted recreation programs for blind adults at the rehabilitative center.

Delaware Valley On Line – 1995 to Present.  One of the first regional ISPs, DVOL now focuses on business class web hosting, design and internet marketing services. Clients range from small to mid-size companies, to universities and colleges and to the non-profit sector.

Total Digital Solutions – 1999 to 2001. President and CEO of this startup corporation specializing in multimedia development and video/audio streaming on the Internet. Responsible for all aspects of corporate and product development.

Virtual Medical Conference Center – 1998 to 2000. President and CEO of this startup corporation specializing in the delivery of medical conferences across the Internet. Responsible for product development, capital funding, and initial sales.

Internet Installers – 1996 to 1998. President of this corporation designed to do on-site installations of internet connections for personal, educational and business uses. Including high-speed access, networking, Internets, Intranets, LANs, and WANs.

Nationwide Robots – 1975 to 1992. President and co-founder of this promotional robot firm. Responsible for research and development, marketing and sales.

Rainbow Promotions – 1974 to Present. President and founder of special events and entertainment agency servicing national and regional accounts on a corporate and retail level.

PhiladelphiaDANCE.org – 2006 to Present. Founder of this non-profit dance organization, offering the largest web presence and resources for the dance community in the greater Philadelphia region.

The Dance Journal – 2007 to Present. Founder and Editor of the Philadelphia region’s largest online dance magazine. As of 2019, the Dance Journal has over 60,000 regular readers and generates over 1.5 million hits a year.

Teen Board Programs – 1990 to 2012.  Founder of an outreach program for teenagers in conjunction with local area shopping centers, offering fashion, dance, performance art as well as career guidance and community service.

Other
Photographers Without Borders